A family run business since 2002 with continuous excellent customer service, sevicing 20 spacious apartments with a variety of balcony views.

içmeler is one of the best places for summer holIdays where Aegean beauty meets mesmerIzIng colors of nature. more over, içmeler Is well establIshed wIth Its entertaInment events and shoppIng stores.

we ınvıte you to spend your holıdays wıth us, we have a welcomıng famıly atmosphere that wıll make you feel lıke ıt’s a home away from home. set ın the charmıng centre of ıcmeler only 200 metres from the pıcturesque beach.

WHILST YOU ARE STAYING WITH US YOU WILL EXPERIENCE SUNSHINE AND ENTERTAINMENT THROUGHOUT THE SUMMER MONTHS, WE ALWAYS OFFER A WARM WELCOME TO ALL OF OUR GUESTS HOPING TO WIDEN OUR FAMILY.

We have a swimming pool of 1.60m depth for adults and 40cm depth for children.

Alcoholic / non-alcoholic beverages are available THROUGHOUT THE DAY TILL LATE

Surroundıng our apartments there are a varıety of supermarkets, souvenir and many other shops.

Our 20 apartments offer accomodation for up to four guests, one being a studio apartment for two. The apartments are over 2 floors, we have no lifts but we always have someone on hand to help with bags. There is an inviting pool for both adults and children with sun loungers and shaded restaurant/bar area with satellite television.

We have safety deposit boxes inside each room.

We have both twin and double rooms as well as the option of sofa beds, each room has a wardrobe, vanity table with mirror, dining table with chairs and air conditioning in the bedroom

All rooms are cleaned daily to a high standard, the towels and bedding are changed every three days. We also offer a dry cleaning and ironing service upon request (small charge applies).

Our kitchens are equipped with crockery and utensils for 4 guests. We have a fridge, toaster, 2 ring hob and kettle in each room.

All rooms have a telephone and free wifi is available throughout the apartments.

In the bathroom we have constant hot water, hairdryer, shower and bath mat

Click here to enlarge the photo of your choice.

We have prepared a panoramic promotional video for you. Wish you were here... 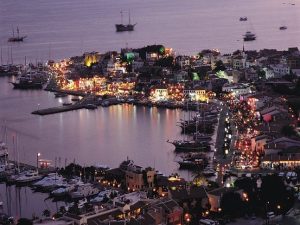 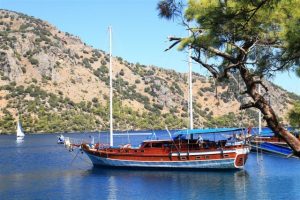 Yachting: Marmaris is a natural bay which has a capacity of 1100 yachts of 3 marinas and 1200 yachts of 9 yacht slip place. Festivals are arranged in order to improve yacht tourism because Marmaris is on the focus of blue cruises. We can say that International Yacht Festival and International Marmaris Yacht Competitions are the important activities of Marmaris.

To make the most of sun and sand in wonderful beaches.

Archaic places around Marmaris are famous in the world history so you will also be close to history.

Marmaris Castle and the museum inside it can be visited.

Ahmet Urkay Museum is 10 km to Marmaris which consists of information about the world and Turkey history. 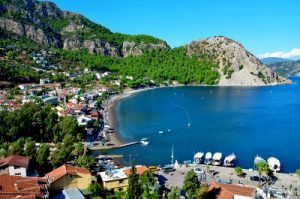 It lies literally at the end of mountain road, a coastal village that has managed to retain both character and charm. With little traffic and real village atmosphere, it makes for a wonderfully secluded destination. The sand and shingle beach at Turunç Bay is continually the proud holder of the Blue Riband, the annual award for the cleanest sea water and beaches in Turkey. Its shallow rake makes swimming both easy and safe and the watersports ñ from windsurfing through to scuba diving- present more actively inclined visitor with plenty of options. It also has facilities, guesthouses and arbor restaurants. 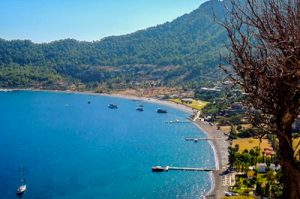 It’s 6 km to Turunç and it can be reached by boat. Kumlubük offers a scattering of restaurants along the waterfront. These cater for passing yachts in the evening and visitors from Marmaris at lunch times. 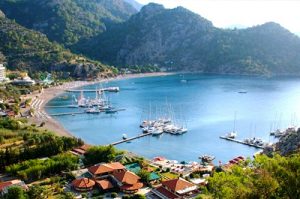 It can be reached with two hour boat trip by sea. Itís a bay which especially tours choose to stay. It has voluminous sand beaches and pergola restaurants. The village which has a small island in the bay is preferred by the people who go safari tours by jeeps. 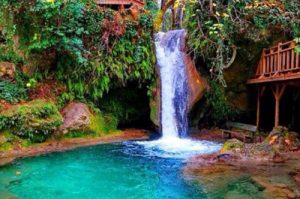 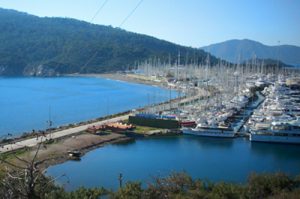 It’s 8 km to Marmaris. Yalancı Boğaz is a place where yachts are made. It has a huge marina with smart restaurants and entertainment places. 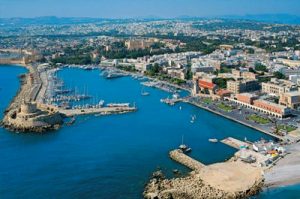 It’s 50 km to Marmaris. It ís a calm bay with small but good quality restaurants and establishments. Itís famous for its honey and hand made Meditterranean ships. The ships are used for blue cruises. Also thereís a thousand-year-tree which is one of the oldest trees in our country. 26-28 October are the days of International Bozburun Gulet Festival. 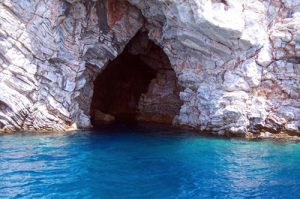 Boat tours to Turunç and Kumlubük visit this cave frequently. It has phosphorescent colored walls and a blue-green seawater that youwill be amazed inside. 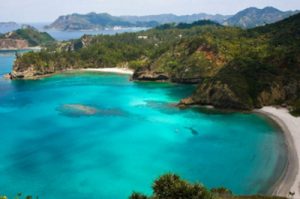 It’s 30 minutes far from Marmaris. Itís actually a peninsula and the peninsula is covered with forests. 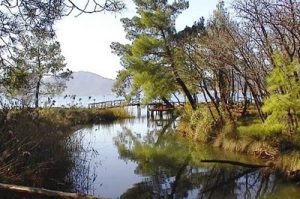 It’s 2 km to Marmaris. Günnücek is a forest that consists of Günnük trees(Liquidamber orientalis) which can be rarely seen around the world. A special oil is obtained from that trees and this oil is used in chemistry and cosmetics. 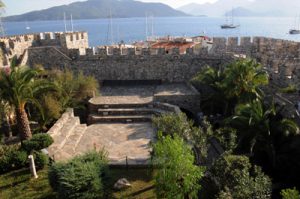 The castle is believed to have been built by Ionians, was repaired on Büyük İskenderís Times and was restored and widened by Kanuni Sultan Süleyman in the time of Rhodes expedition (1522). Submerged around Marmaris is exhibited in the museum in castle. Also, it is possible to watch a wonderful Marmaris panorama at nights and afternoons. 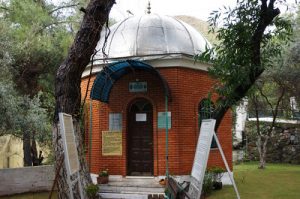 The tomb honors a saintly lady who, according to history came to the aid of Kanuniís hungry troops with milk. Sheís famous for her prophecy. She predicted victory of the expedition. When Kanuni took a positive answer, he decided to start his expedition.

We are a family run business since 2002 with a long serving dedicated team of staff who are part of the family too. 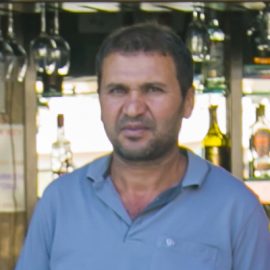 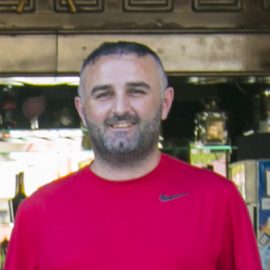 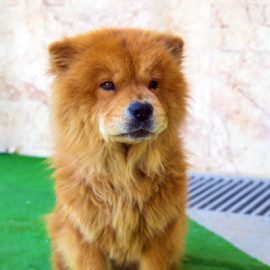 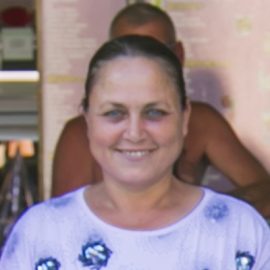 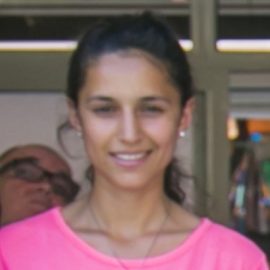 There is regular bus service from various cities such as Istanbul, Ankara, Izmir, Denizli, Muğla, Antalya.  Distances from certain city centers are below:

The closest airport to Marmaris is the Dalaman Airport. The distance from the Dalaman airport is approximately 88 km.

The second closest airport is Bodrum-Milas from which the distance to Marmaris is approximately 140 km.

Additionally, Izmir Adnan Menderes Airport is 284 km and the Antalya airport is182 km from Marmaris.

There are hydrofoil boats operating regularly between Bodrum-Çamlık (an area close to Marmaris from where you can take minibus, bus and car to go to Marmaris) There is also catamaran service available between Marmaris and Rhodos.